In June I moved to Maine, completed my work on the California 100 and joined the board of directors for Rivers for Change.  Shortly after I decided if I was going to work with an organization built upon a founding principle of source to sea literacy, I ought to see what a source to sea is all about.  After mentioning it to founding board member Danielle Katz, her immediate response went something like "yes, absolutely, yes lets do it!". 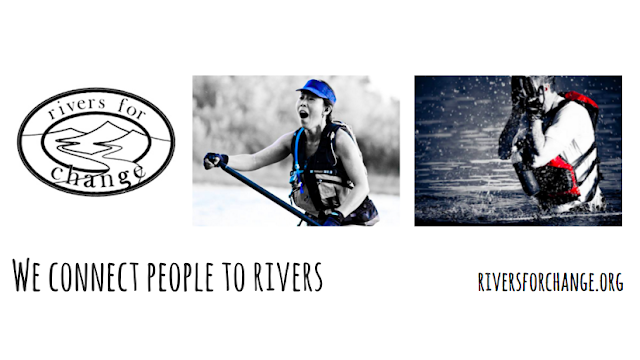 I wanted a trip twice as long as I'd done before, so that put me in the 200 mile range.  I wanted a river that could be completed start to finish using the same craft, so that eliminated rivers with class IV / V whitewater.  I wanted to paddle a river of interest.  All that led me to the Androscoggin River in Maine.  It begins in New Hampshire, travels 177 miles to Merrymeeting Bay where it flows into the Kennebeck and then travels another 17 miles to the sea.  It has class I and II+ whitewater, flows through the White Mountains and has a fairly extensive history to it.  My research led me to believe it was the perfect river for this trip.

We slowly did some additional research and preparations - Danielle contacted some other non-profit agencies whose work involves the river, I planned routes, scanned maps and collected gear.  We decided to do it on SUPs - her taking a 12'6" Race by Red Paddle Co and myself a 14' Elite from Red.  We travelled self supported with tents, sleeping bags, cookware, clothing, cameras, enough food/water for up to 5 days at a time and everything else we needed. Restocking food and water was simple and fit right into our plan.

On October 5th, Danielle arrived in Maine.  On October 6th, we drove north of Errol, New Hampshire and made a late-day launch on the Magalloway River at the National Wildlife Refuge office.  We paddled roughly two miles to Lake Umbagog and staged there to start the trip the next morning.  Waking up to beautiful weather and 'peak foliage' was a treat and really set the tone for the entire trip.  As we travelled across Lake Umbagog to the outlet (the official source of the Androscoggin) we got pretty darn excited that the time was now.  From that moment it was very simple for each of us to forget about email and cell phones and to be present on the trip.  We were traveling through the heart of New England's mountains at the most colorful time of year with the intention of continuing until we reached the sea, much as each drop of water in the river eventually does.


On that morning we sort of agreed that the first nights campsite may perhaps be the most beautiful.  Luckily we were wrong.  Along the trip we encountered some very beautiful and perfect campsites - sites along the banks of the river, sites along portage routes, in town parks & private campgrounds.  We were told that camping would be one of our two biggest problems on this trip, and it just didn't exist along the river.  We we were both okay with low-impact camping, and using LNT principles, were very lucky to find some exquisite spots.  Never did we camp somewhere that said 'no camping', 'no trespassing', 'private property' or anything of that nature.  Maine is still a wild state with lots of land and we were reminded of that regularly. 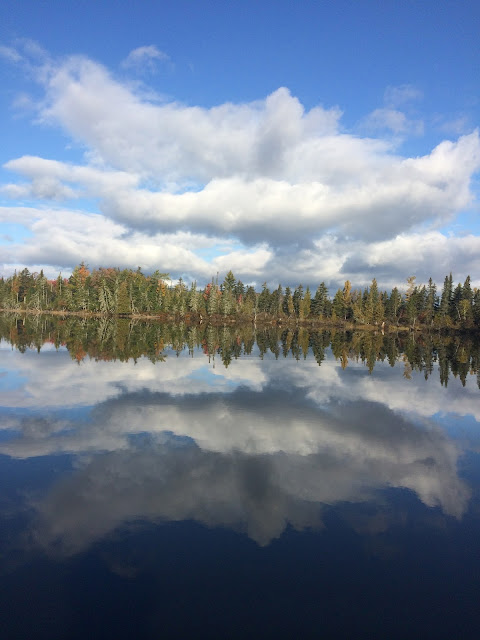 Our second biggest problem, according to research, would be low-water.  Six inches of rain two weeks before we started did a great job filling up the lakes and solving that problem.  Dams held back that water and slowly released it over time. We opted to run four inch fins on our boards, in order to provide more clearance in the shallow waters.  That helped tremendously, but we did have to remove fins altogether for a long stretch on day two.  Below that, we cursed and praised the four inch fins, until it became ever comical.  The clearance is awesome!  They track like shit!  I didn't use my long fin until day 13.

We also decided to line two rapids throughout the trip.  Upon scouting, we did not find a clean line down through rocks and decided that lining the shallows would be smarter.  For those new to lining, it's a method of upstream or downstream travel involving lines from your nose and/or tail.  We opted for single lines, going downstream.  With the extension of the line, you can control the speed and direction of the board downriver while you follow on land.  Letting the river do most the work, you simply 'guide' the board downstream, letting more line out or taking more line in to control the board. It's a classic canoeing technique that crosses over to sup perfectly.

Portaging is an art.  Above the Lewiston Dam, we landed at the take out late in the day with light beginning to fade.  We made quick work of unloading the boards and re-loading them together onto the portage cart.  As we were about finished a man got out of a Jeep parked nearby and expressed his amazement at how organized we were. We introduced ourselves, chatted him up and continued our portage into town.  It was a common interaction.

Okay, maybe portaging isn't quite an art, but  we got pretty damn good at it.  With the exception of pouring rain, a flat tire on the portage cart, stairways, long hauls, steep hills, flipped carts, another flat tire on the portage cart, locked gates & muddy embankments, the portages were easy.  In total we walked over 13.25 miles during 15 portages.  Not too bad considering we passed 24 dams.  They became fun challenges and provided comic relief, especially through towns and along busy streets.  It's a good feeling being self sufficient and able to haul all your gear across water and land.


One of the pleasant surprises of this trip were the unplanned connections we made with locals.  Two connections standout.  In Rumford, while on a portage and busy trying to repair a flat tire, we got chatty with a local named Eric.  He was a just a happy person, interested in our adventure and willing to help out any way possible.  He graciously loaned me his bike so I could travel the 2 miles to the tire shop and back.  By the time I finished and returned the bicycle, it was getting late and our daylight window was about to close.  It didn't take long before Eric made the offer to let us stay with him that night.  I accepted, collected Danielle and returned to his place just in time to watch him feed his bees.  The night was filled with Q&A, shared photos and memories and ideas on sustainability and self sufficiency.  He was an interesting person and we both very much enjoyed his company.


Judy Marden was the next person to leave a serious impact on our trip.  She's a long time member of the Androscoggin Land Trust and we'd been in contact with her leading up to the trip.  She gave us some valuable insight into camping, portaging and current issues with the river.  She's an avid kayaker and jumped at the chance to join us on the water one day.  Our first time meeting Judy was on the river above Gulf Islands Dam.  In the magic hour of the morning as we were paddling downriver and her upriver, we connected on the water.  She paddled with us until we were downstream of Center Bridge and getting into the windy part of the day.  Later, near the Lewiston Dam, she picked us up in town and opened her home to us providing us a warm bed, clean clothes and delicious food.  We stayed up late discussing non-profit organizations, their challenges, their wins and the state of the Androscoggin River.  In the morning she returned us to the river where we were able to meet another member of the trust, Deb Charest.  Judy also arranged for a reporter from the Sun Journal to meet us there that morning and Danielle put her wonderful interviewing skills to work.


Our next trip guests came on Day Twelve when my girlfriend Trish, sister Jill and brother-in-law Michael joined us for possibly our hardest day.  Danielle and I woke up to 5am thunder and lightning and exited our tents to find hail.  After paddling about five miles and making a difficult portage, we met up at Michael's sisters house right on the Androscoggin River in Brunswick.  Trish, Jill & Michael are all avid standup paddlers and were anxious to join us.  Riding out the remainder of the Androscoggin into Merrymeeting Bay, we witnessed 'the chops' firsthand.  Two currents colliding in a shallow bay with sustained 12mph wind created some little bumps for us to contend with.  Merrymeeting Bay drains about 40% of Maine's water to the sea.  We pushed on and thankfully made it through the confluence while the ebb tide was still running.  We finished up the last four miles on the ebb and landed in Bath, Maine putting in about 19 miles for the day and leaving only 13 or so left.

At 11:35am on Sunday October 18, we landed at Popham Beach after making fast time down the Kennebec.  We'd made it 192 miles to the sea, self-supported on standup paddleboards without problem.  For me, it reinforced the idea that sups are really fantastic paddle craft.  We need to keep pushing the boundaries of what we can do with them.


So what did we accomplish?  Well, the mission of Rivers for Change is to connect people to rivers and I believe we did that.  We conversed with locals along the entire route.  We befriended people we never would've met had it not been for the river.  We connected with other non-profit groups to collaborate.  We used social media to reach hundreds of others and show them the beauty of the Androscoggin River.  I got to complete my first source to sea, and I'm proud.  And I'm hooked.  We contemplated ways to make river running a bigger piece of the RFC strategy.  We buried the negative views we had of this river - it has a way to grow, but it has come so, so far from the old days.  No longer is it an open sewer, a dump site or a method for getting rid of toxic production waste.  The fish population has returned and with it, the eagle and osprey population.  We witnessed fisherman, paddlers and people congregating around the river.  It was beautiful and I'd suggest the trip to anyone.

Want to get involved? 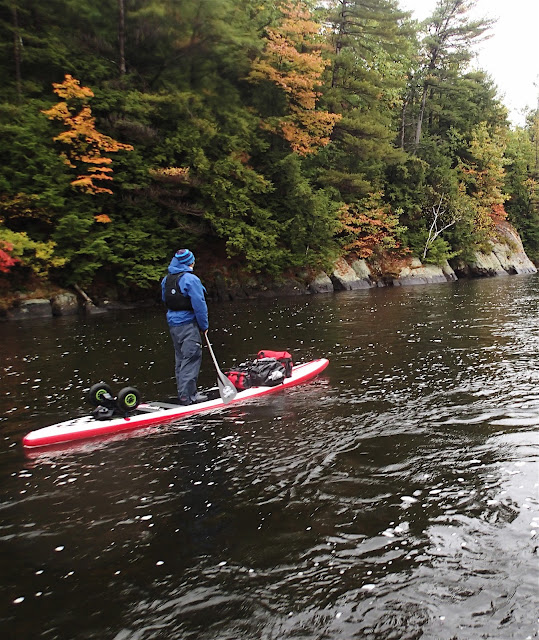 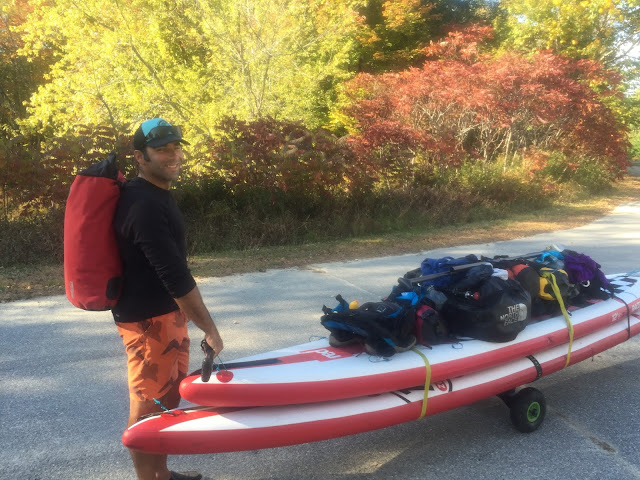 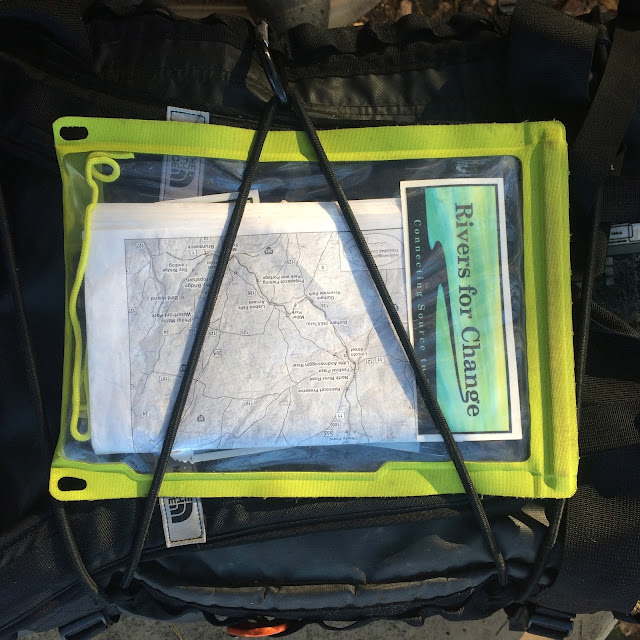 written by Matt Palmariello
Email ThisBlogThis!Share to TwitterShare to FacebookShare to Pinterest 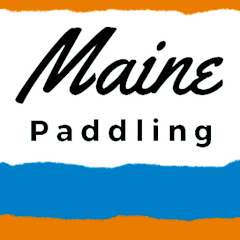 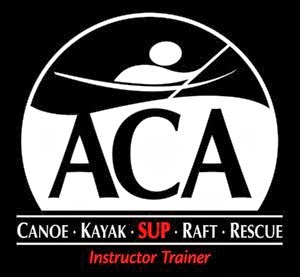